Skip to content
Previous Next
Top 6 sightseeing spots in China 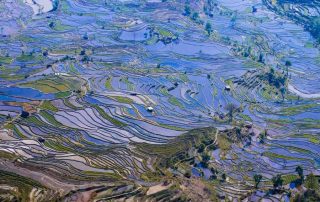 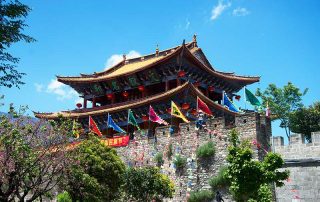 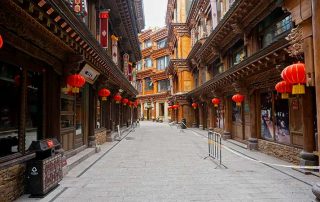 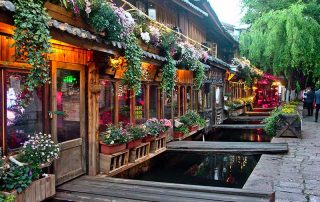 China is a land of contrasts. Traditional temples and old buildings stand side by side with huge and modern skyscrapers. The landscape is characterized by flat land and high mountains, gorges and deserts. China offers unlimited variety. Here we show you our top 6 attractions in China. 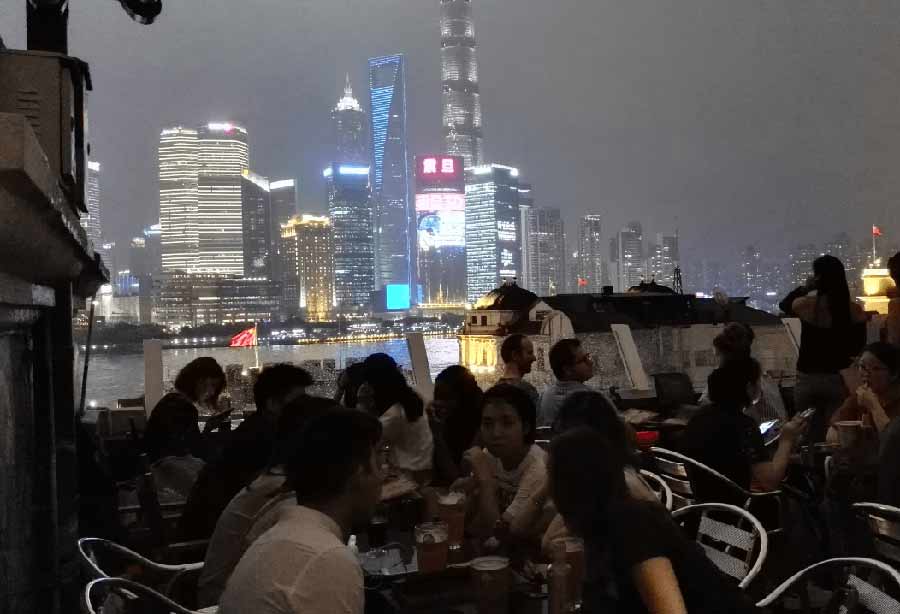 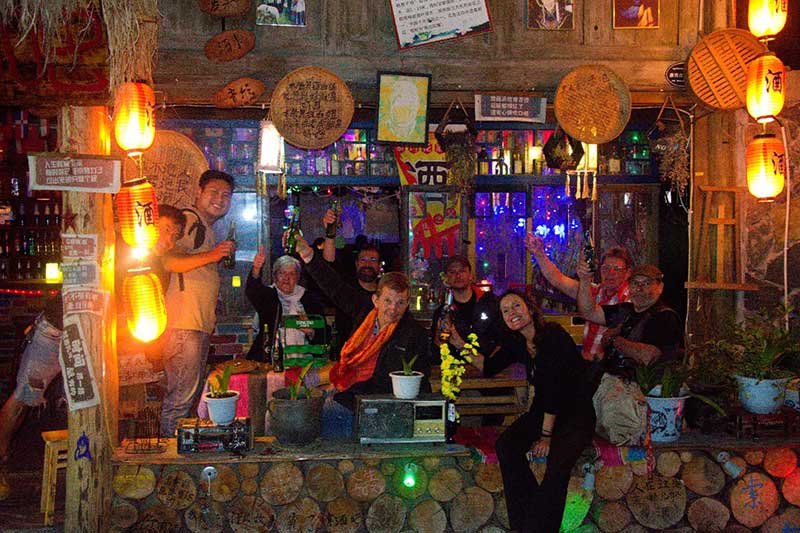 With over 23 million inhabitants, Shanghai is one of the largest cities in the world. The large metropolis offers an impressive skyline and an exciting nightlife. In contrast, the beautiful colonial buildings on the waterfront and the traditional Chinese Yu Garden are impressive. Here everyone can find a place to escape the hustle and bustle of the mega-metropolis. On our “At the Roof of the World Motorbike Tour” we explore not only the People’s Park, which has several large museums and Shanghai Main shopping street near one of the city’s most popular travel destinations, but also the visit of the Oriental Perl Tower observation deck for a view of the city before embarking on an adventurous motorcycle ride through the mountainous areas of China.

2. The mystical karst landscape of Guilin 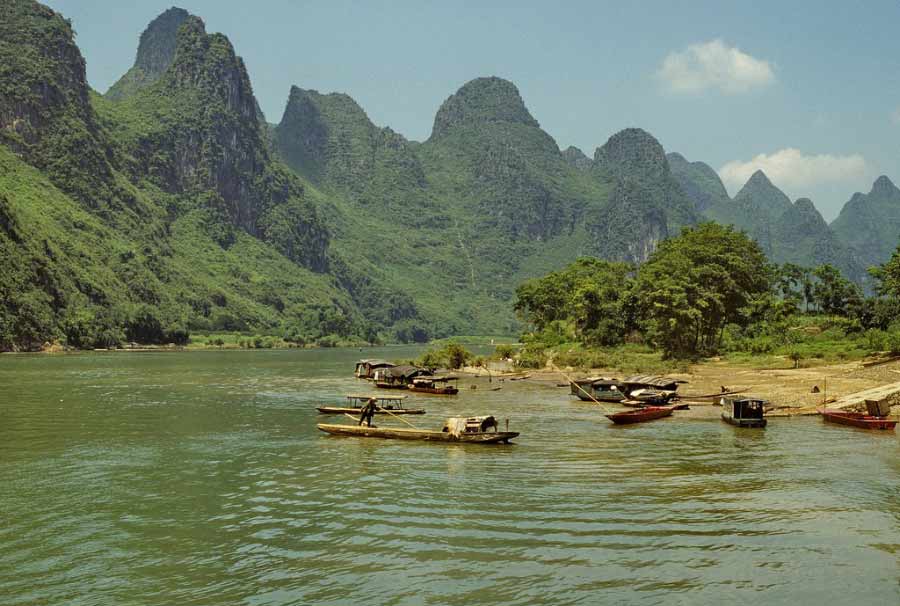 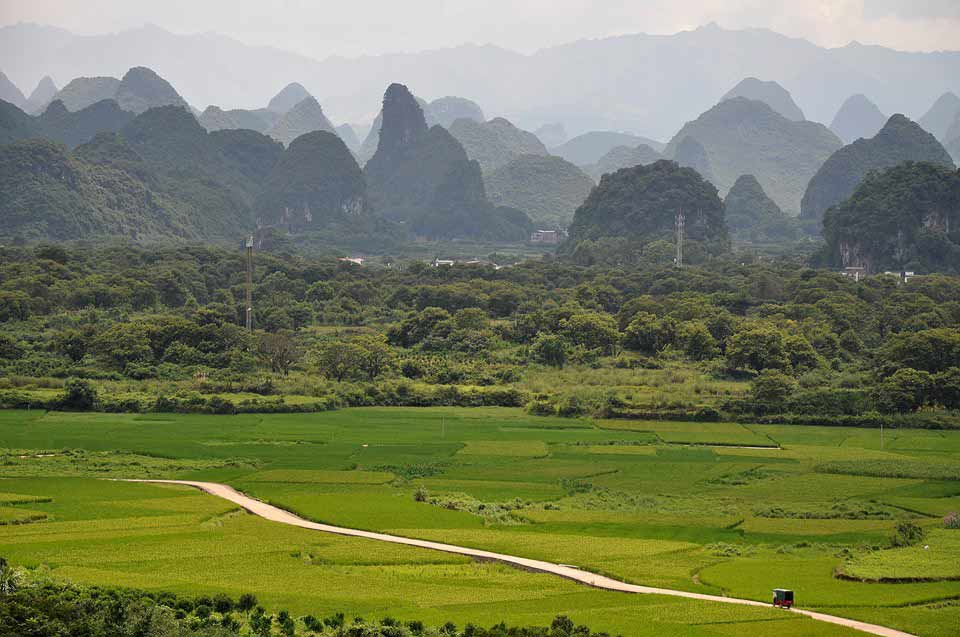 In the south of China you will find the karst landscape around the city of Guilin. Millions of years ago, the entire landscape was below sea level, which can still be felt today. The fascinatingly surreal karst landscape around the Li and Yangtze rivers is a real highlight of every trip to China. In addition to the spectacular river trips on the Li, you can marvel at the elephant trunk hill or the rice terraces of Longsheng, as well as observe traditional Komoran fishermen. A partial stage of our “On the dragons backbone motorbike tour” is the visit to this fantastic natural wonder. From Here on we go on a voyage of discovery before we see further contrasts in the country.

3. The picturesque rice terraces of Yuanyang 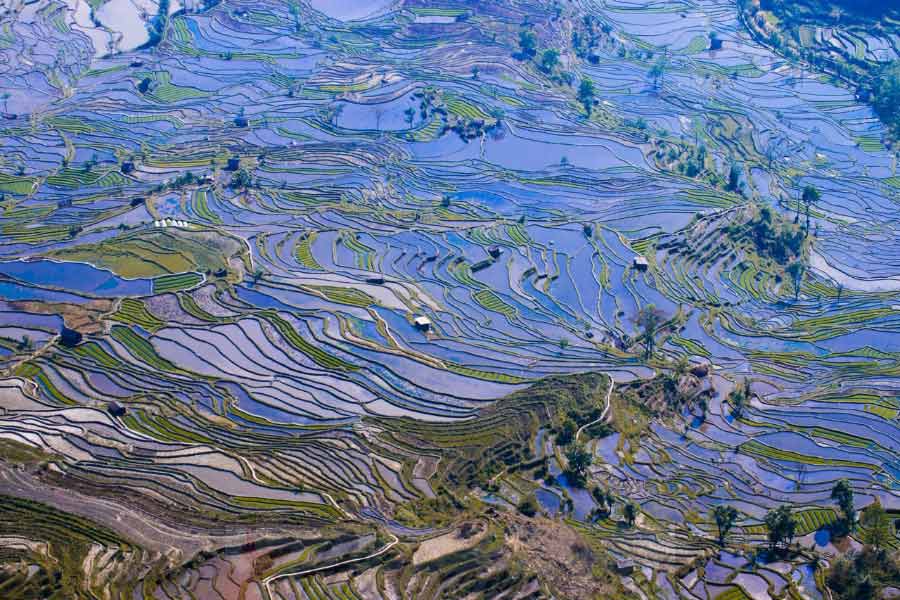 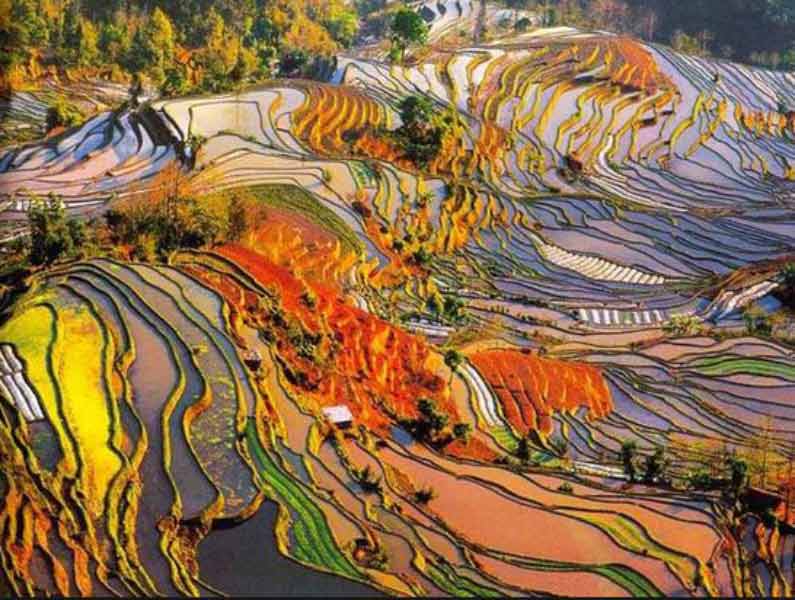 The rice terraces of Yuanyang are undoubtedly one of the most beautiful rice terraces in Asian. They were added to the list of UNESCO World Heritage Sites in 2013 and are located in the Ailao Mountains in the southeast of the Yunnan Province. The terraces, which disappear picturesquely on the mountain slopes and into deep clouds, are reminiscent of heavenly stairs, which is also where the name “heavenly terrace fields” comes from. On our “On the dragons backbone motorbike tour” let us drift through the deep areas of the over 500 year old ethnic minority of the Hani and enjoy spectacular and colorful views.

4. The varieties of Hong Kong 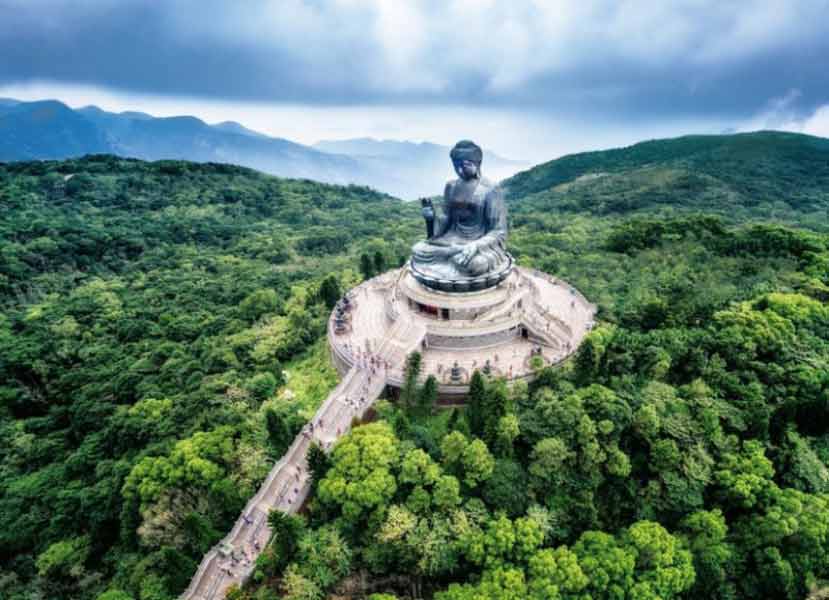 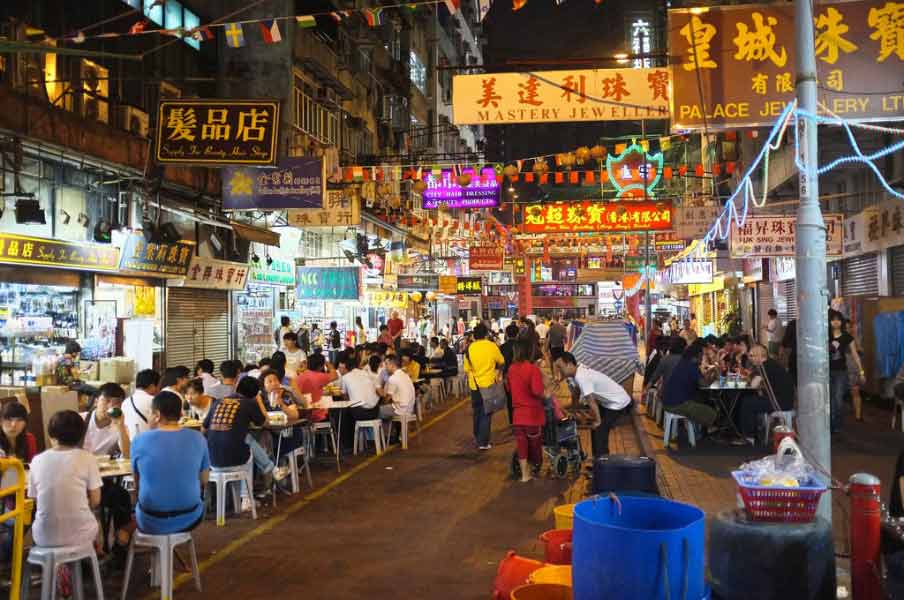 The urban metropolis of Hong Kong is a very diverse city. The breathtaking skyline, the pulsating night markets and trendy restaurants as well as numerous shopping streets allow you to discover a lot. Chinese culture is hidden behind the dazzling facade. But hikes through endless forest and mountain landscapes or walks on the beach are also possible in this diverse city. Our “On the dragons backbone motorbike tour” starts with a discovery tour of this mega-metropolis – it will be Lantau, Hong Kong Visited the largest island, as well as the Tian Tan Buddha, a bronze statue of 34 meters high that overlooks the island. Sights such as the Peak Tram to Victoria Peak, Man Mo Temple and the Tsim Sha Tsai East Promenade are of course not to be missed. 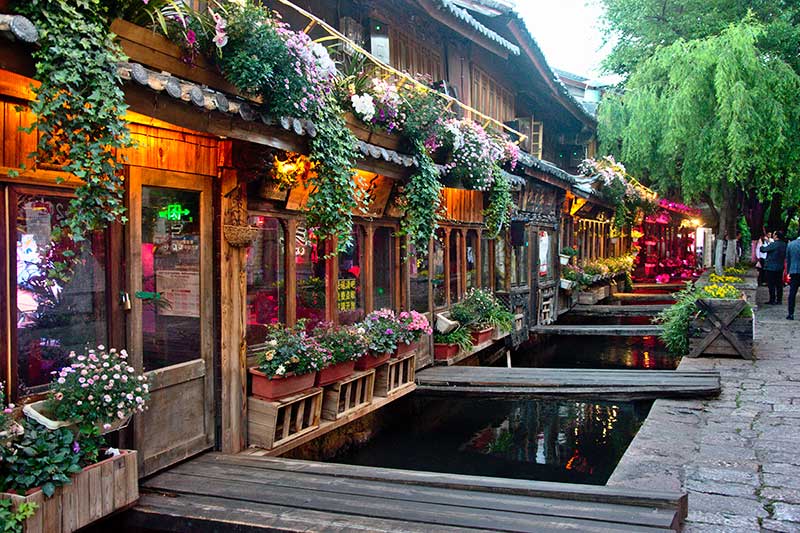 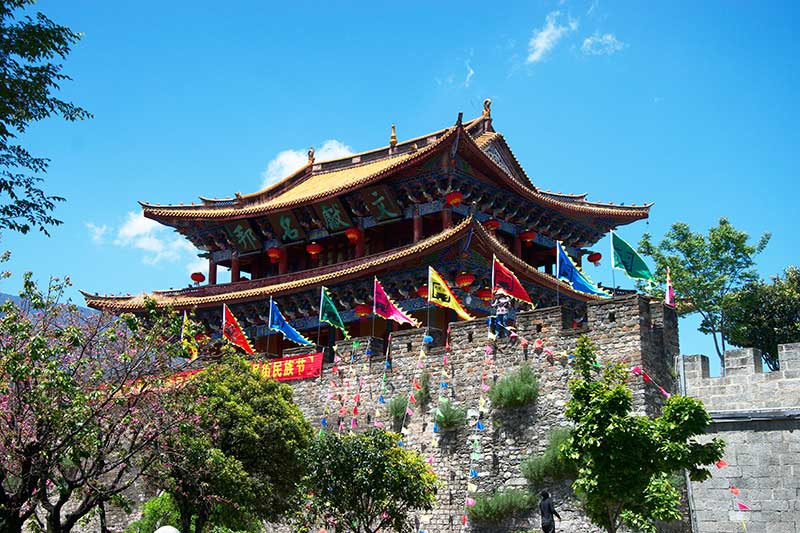 The province of Yunnan offers an incredible variety of cultures and landscapes. Yunnan borders Laos, Vietnam, and Myanmar. This “triangle” forms the cradle of the original China. Due to the many ethnic minorities that live here, you can still experience a traditional China. The old town of Dali with its three pagodas next to the Erhai Lake and the Himalayan foothills in the back is considered the place of spring. Here you can linger and immerse yourself in different cultures. The UNESCO World Heritage Site Lijiang and the impressive stone forest in Kunming allow you to immerse yourself in a fleeting and mystical time. Because of the many sightseeing spots, many of our tours take place in Yunnan, such as the “South of the Clouds Yunnan Motorbike Tour“, “At the roof the world motorbike tour” or our“ North Yunnan motorbike tour ”. A highlight of our Yunnan tours is a visit to the old town of Shangri-La with the largest prayer wheel in the world, the Yangtze, Salween and Mekong nature conservation and UNESO world heritage areas, as well as the Tiger Leaping Gorge and the holy mountain Kawa Karpo. Check out our blog articles for more information about the Yunnan Province.

6. Buddhism and the highlands of Tibet 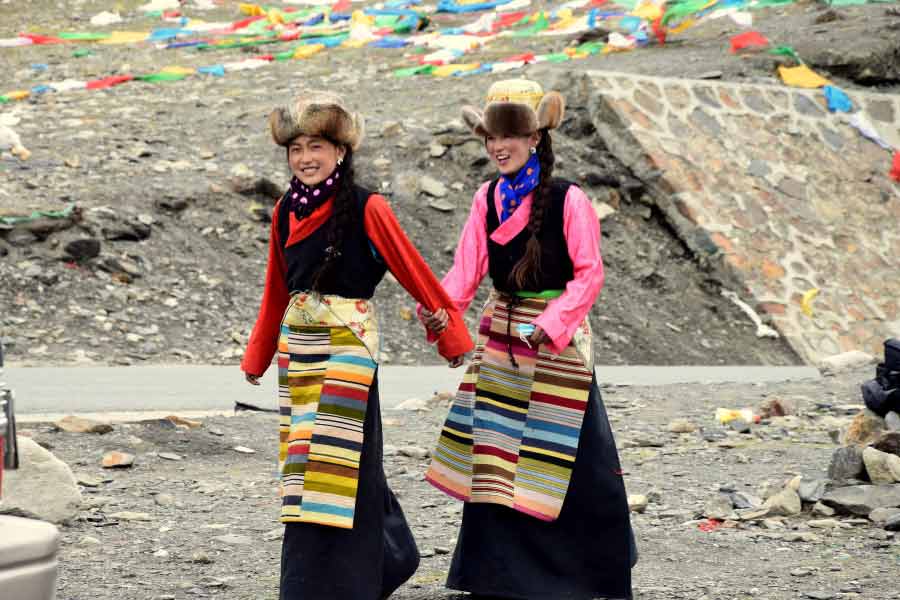 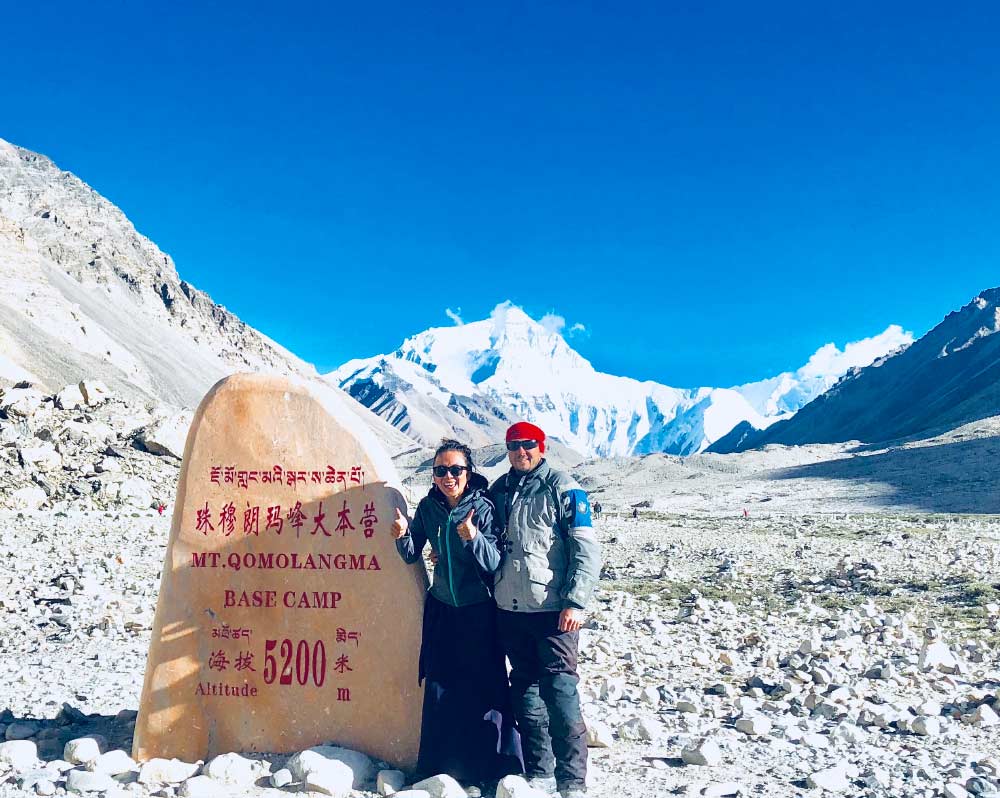 Many myths and legends have always been entwined around the roof of the world. On a journey to mystical Tibet one can be enchanted by one of the spiritual places in the world and not only see one’s own landscape, even if the relationships in the life of the Buddhist monks win. We offer numerous tours through Tibet through controversial landscapes and foreign cultures, such as our “At the Roof of the World Motorbike Tour”. Highlights of our tours are, for example, the drive to the world’s political salt lake, the Qinghai Lake, traditional spectacular monasteries, such as in Langmusi, Litang or Labrang or Benzilan, as well as exploring the religious Buddhist school in Seda. Information (here) and the best motorbike tours through the Tibet Autonomous Region can be found here.