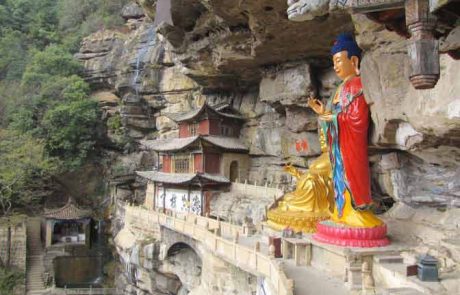 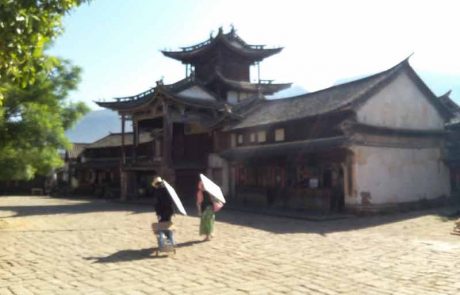 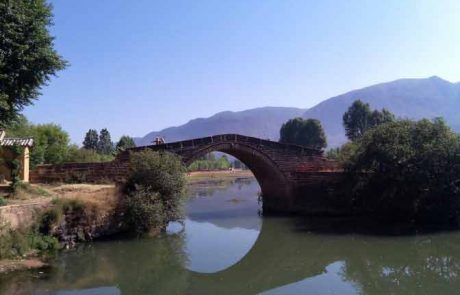 Shaxi (沙溪), located half-way between Dali and Lijiang, was an important trading point at the Tea Horse Road. The Tibetans came here to sell their horses and buy tea. Today, Shaxi is a picturesque village with cobblestone-paved streets and residencies out of wood and stone. It is imbedded in an idyllic, intact landscape. North of Shaxi is the Stone Treasure Mountain (Shibao Shan 石宝山), a nature sanctuary and buddhist holy hills.

The climate in Shaxi is benign and kind with temperatures around 18-21°C for about 126 days in a year. That is why Yunnan is called Land of Eternal Spring. There can be fluctuations in the temperature though, where it may fall to as low as 15°C and be as high as 24°C. But you can handle that. Its climate is mild subtropical and characterized by short and dry winters as well as rainy summers. The bulk of the year’s rainfall takes place between July and September while fall, winter and spring are known for their mild and dry climate with lots of sunshine.

Let’s step back into History

Shaxi was founded in Tang Dynasty around 700 AD as a trading point at the Tea Horse Road. Tea was traded to Tibet and India while horses were brought to China. Also silk from China and opium to China were important trade products. Beneath these products ideas and beliefs followed this road and spread to China. Buddhism came this way from India and established in the 7th century in the Nanzhao Realm (738-902) and later in the Kingdom of Dali (937-1253). At this high time of Buddhism the three Pagodas of Dali and the Shibao Shan grottoes were built. When India began producing tea in the middle of the 19th century and since at least the building of streets in Tibet in 1960 the trade along the Tea Horse Road vanished. Today the route is only used for smuggling drugs from Myanmar to China. 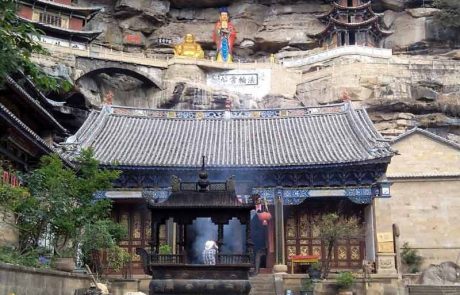 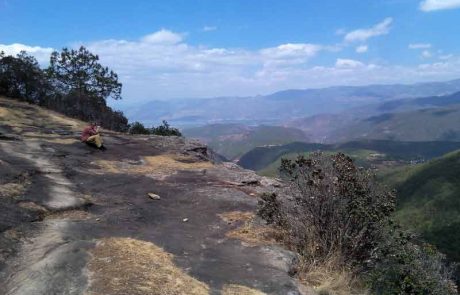 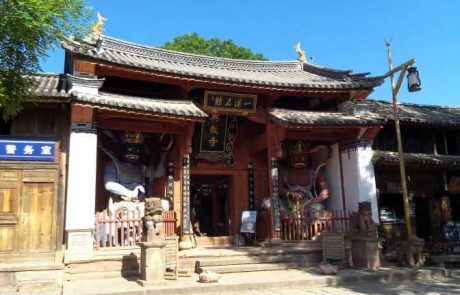 Sights and Activities that must be experienced

This temple waits for you directly in the center of Shaxi Oldtown. It is the only Buddhist temple of Bai People built in the Ming Dynasty. At the present it functions as a museum. An exhibition explains how the Shaxi Rehabilitation Project (SRP) have contributed to the renewal of Shaxi.

In 2001 this market square was put on the World Monument Watch list of the 100 most endangered sites. Since several hundred years a local market takes place on fridays.

Directly at the market stands the icon of this town: a theatre! That is very seldom in such a rural area.

This manorial courtyards once belonged to the Ouyang family, rich caravan leaders in times of the Tea Horse Road. Back then it was a five stars hotel. Spectacular wooden carvings and a unique Bai architecture can be admired.

Stone Treasure Mountain is a mountainous forest with temples and the famous Buddhist grottoes. Stone carvings tell the story of how the first Han Chinese came to Yunnan during the Nanzhao Realm. Also the Golden Monkey lives in the forest, almost as famous and seldom as the Panda. It is a nice three hours hike from Shaxi to Shibaoshan or a 40 minutes ride with the car.

The temple was built in the Song Dynasty and is one of the few temples that are overhanging at a stone cliff.
There is the legend that a Nanzhao king saw a white elephant vanishing in the stone cliff, so he let the temple built there. The temple is located at the end of Shibaoshan nature sanctuary.

Mushroom picking season lasts much longer than in Europe. You can harvest several kinds of mushrooms from May to September. Yunnan is famous for its mushrooms. Especially the Pine mushroom (Song Rong, Matsutake Tricholoma), which is famous in Japan, grows around Shaxi.