Chengdu is the capital of Sichuan province and has about 14 million inhabitants. It located in the east of Sichuan Province in the plane of the Red Basin and is crossed by Fu He. For over 2000 years Chengdu was one of the cultural centers in western and southern China. At the time of the Song and Yuan, Chengdu was the center of silk weaving, paper manufacture and printing and administrative center. The population consists mostly of Chengdu Han Chinese.

Chengdu sees himself as the Panda capital. The north of Chengdu houses one of the famous panda breeding stations. Chengdu is also famous for the performances of Sichuan opera, which is closely related to the Beijing Opera and offers a stories in the local dialect. The peculiarity of the Sichuan opera are the colored masks of the performers who express different emotional states. Unfortunately, many of Chengdu’s old quarters have been destroyed and replaced by new modern buildings, but there are still a few that have been restored and attracting people with its many small Buotiques, antique shops and cafes.

By UNESCO designated as a UNESCO City of Gastronomy city there are some local specialties such as the fire pot (a kind of fondue). Also the well-known noodle soup with beef comes from Sichuan. For tea lovers Chengdu certainly has one of the largest selections of tea.

The book “The Good of human Sizuan” by Berthold Brecht is certainly known and took place here in Chengdu. 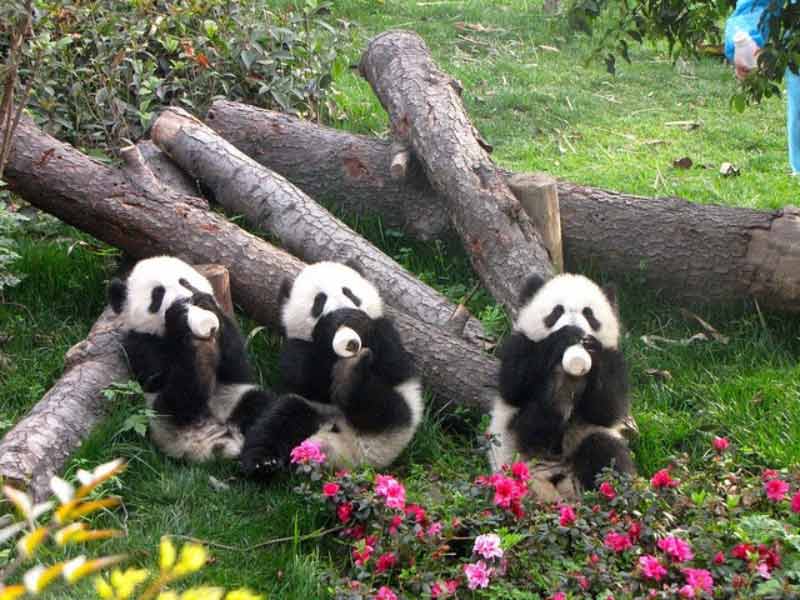